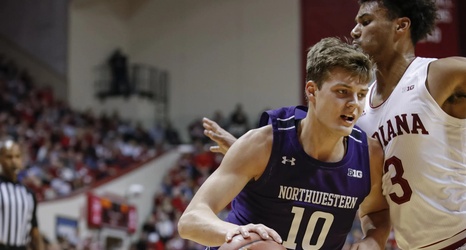 Indiana started the week by bringing in one of the top available guards in the 2021 recruiting class. On Tuesday, the Hoosiers followed up by adding a veteran Big Ten forward with long-range shooting skill.

So, yeah, it’s shaping up to be another very good offseason week in Bloomington.

Miller Kopp’s decision to transfer to IU is the latest bit of good news for Mike Woodson’s program, which has undergone an intriguing overhaul during the new coach’s first month on the job. The former Northwestern big gives IU a player well-suited for the 4-out, 1-in system Woodson plans to install, a 6-foot-7 forward who has shot nearly 36% from beyond the arc across his first three seasons in the conference.