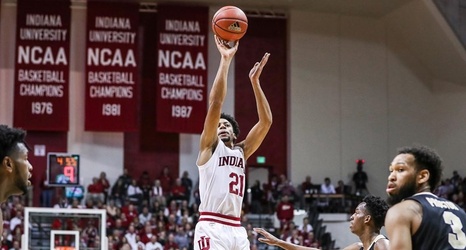 Indiana's freshman swingman had cut his way to the baseline corner, as open as you'd see in a game of H-O-R-S-E.

As Hunter's 3-point shot swished through the net, Turgeon pivoted and smacked the padded Simon Skjodt Assembly Hall scorer's table with both hands.

As Turgeon made clear to his players, that was NOT part of the Terrapins' defensive game plan.

Hunter made two more 3-pointers that game, then two against Ohio State and two more last Saturday against Purdue.

More and more, Hunter has become a player to game plan against.