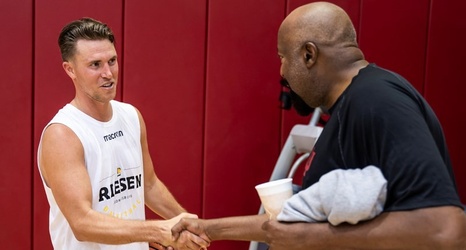 BLOOMINGTON, Ind. – Indiana University men's basketball coach Mike Woodson has announced that Bloomington native and 2013 Big Ten champion Jordan Hulls will become the Hoosiers Team and Recruiting Coordinator. He will begin his tenure following the conclusion of his season, his ninth as a professional, in the German BBL League where he has played for MHP Riesen in Ludwigsburg, Germany since 2020.

"He is a great family man who has competed at the highest level in high school here in Bloomington, as a Hoosier who won a Big Ten title and played for the No.