Behind the Goals: Victor Bezerra 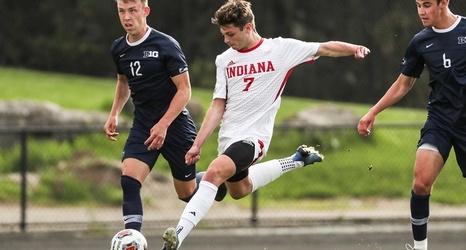 BLOOMINGTON, Ind. – When the Indiana men's soccer team reported back for an extended fall camp, the coaching staff and sophomore forward Victor Bezerra wanted to work on one thing above all: consistency.

They had seen what he could do in spurts during his freshman campaign. He tallied eight goals in his first year in Bloomington, including a hat-trick in the Round of 32 of the NCAA Tournament against Kentucky.

Now it was about putting it all together.

He scored at an unbelievable clip in the preseason that left both him and the coaching staff believing it could translate to a condensed, conference-only regular season.