Another McCullough links up with IU 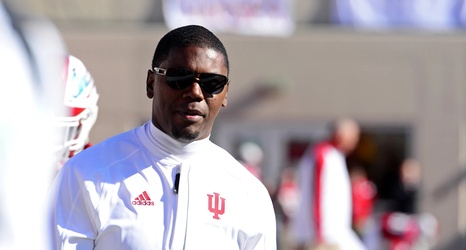 Daeh, a safety who will play for Bloomington South this fall, committed to Indiana this week, becoming the Hoosiers’ second get in the 2023 class. He follows Georgia defensive end Denzel Moore, who made a verbal pledge to Tom Allen in late March.

It’s still incredibly early in the 2023 cycle, but 247 Sports rates McCullough as a four-star prospect, the No. 78 overall player and the No. 6 safety in his class, and the second-best player in the state of Indiana.