Ali Patberg Selected In Third Round By Indiana Fever 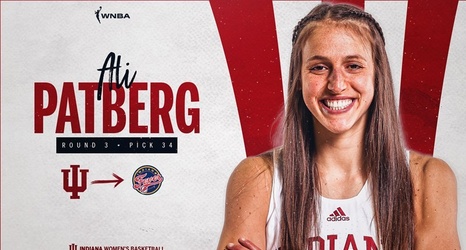 NEW YORK – Indiana Women's Basketball guard Ali Patberg was selected as the 34th overall pick in the in the 2022 WNBA Draft on Monday night.

Patberg becomes the Hoosiers highest ever draft pick and the first selection into the league since 2011. Overall, the Mt. Carmel, Ill. native is the fourth Hoosier to be drafted along with Quacy Barnes (1998), Jill Chapman (2002) and Jori Davis (2011).

Patberg wrapped up her seventh collegiate season as a four-time All-Big Ten honoree in 2021-22 as she led Indiana to back-to-back Sweet Sixteen appearances and three NCAA Tournaments.