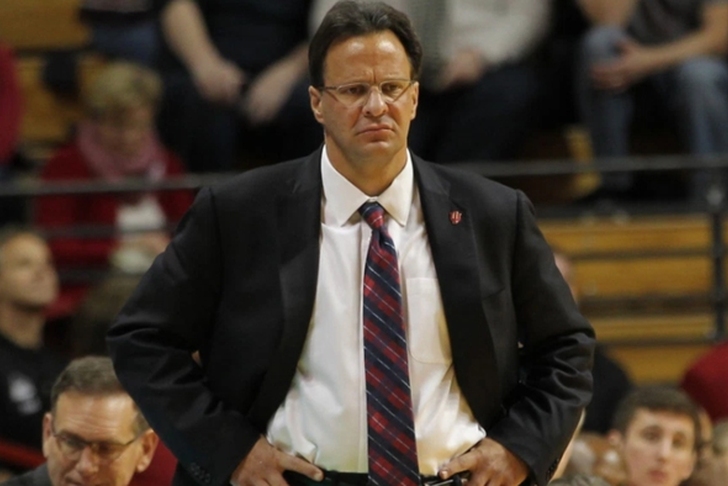 BREAKING: Tom Crean is out after nine years at Indiana. #iubb

No search committee. Release: Glass "will consult with basketball experts from around the country and throughout the State of Indiana" #iubb

This is the last passage of a two-paragraph release: #iubb pic.twitter.com/3Q3XrBD9XP

Crean, who was tasked with rebuilding the Indiana program after sanctions brought about by Kelvin Sampson's tenure, went 166-135 in nine years in Bloomington, including three Sweet 16 appearances. He also led Indiana to Big Ten titles in 2013 and 2016, but the Hoosiers missed the NCAA Tournament entirely in 2014 and 2017.

This year was perhaps the most disappointing of Crean's tenure. Indiana was ranked as high as No. 3 early in the season following wins over Kansas and North Carolina, but also were upset by Fort Wayne and finished the year with a 18-16 record. They lost 75-63 to Georgia Tech in the first round of the NIT earlier this week..

Follow our Indiana Hoosiers news page for all the latest Indiana basketball news!