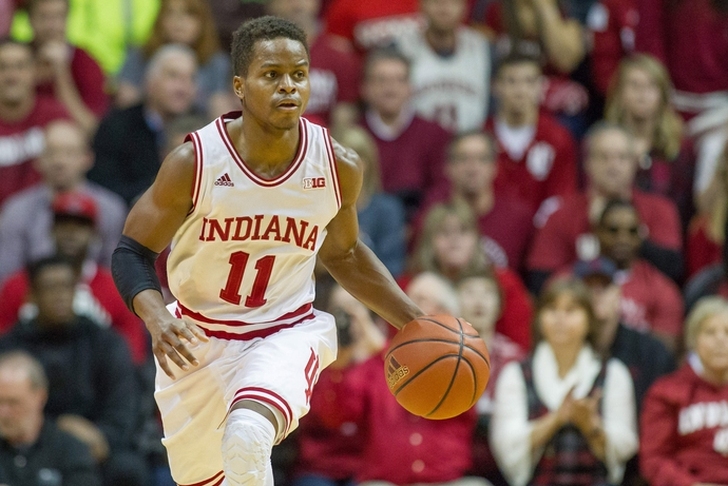 In a back-and-forth battle, the No. 5 seeded Indiana Hoosiers knocked off the No. 4 seeded Kentucky Wildcats 73-67. With the win, Indiana punches a ticket to the Sweet 16.

The game was tied at 50 at the under-eight timeout, but Indiana took a 10-point lead with four minutes left. It was nine with 1:10 to play, but UK didn't give up. The Wildcats cut the lead to three with 30 seconds left, but never made it closer than two points. IU held on for the narrow win.

Three players put up double-figures for IU, led by guard Yogi Ferrell. He had 18 points, five rebounds and four assists. Troy Williams added 13, while Thomas Bryant had 19. He hit several clutch free throws in the final minute to help seal the win.

For UK, it was the Tyler Ulis and Jamal Murray show. Ulis had 27 points, three assists and two steals in a great effort. Murray had 16 points, seven rebounds and four assists. No one else had more than seven points in the game for UK.

IU gets the winner of tonight's North Carolina - Providence matchup. That game is the final game of Saturday.