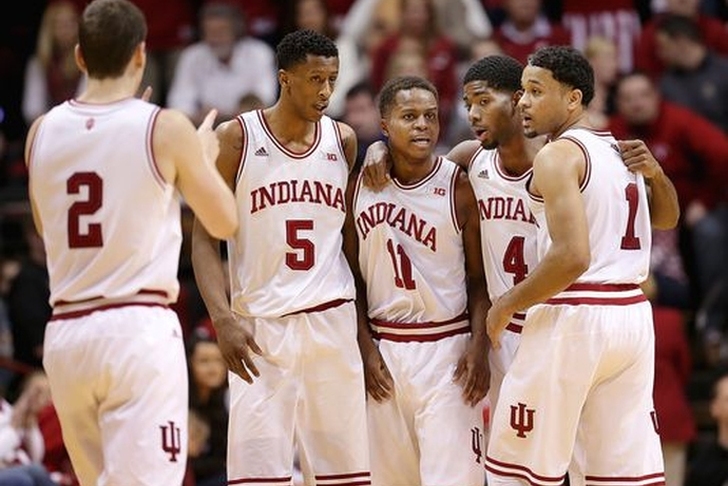 Indiana was left for dead following a 20-point loss to Duke in December that dropped them to 5-3, but rebounded in the most impressive way imaginable, cruising through the Big Ten on their way to a conference title. Can the keep the momentum going in the tournament? Here's everything you need to know about the Hoosiers:

No player in the country means more to their team than Yogi Ferrell does to Indiana. He has been the heart and soul of the Hoosiers for the past three years, and he has been able to elevate the play of everyone around him this season through his leadership. Indiana is far from the most talented team in the Big Ten, but Ferrell essentially willed them to a conference title. Aside from the intangibles, Ferrell is also one of the best point guards in the country. Indiana’s offense relies on him to create his own show and create opportunities for his teammates, both of which he does thanks to an uncanny ability to get into the lane and a deadly step back jumper.

Indiana has always been an offensive team under head coach Tom Crean, but they’ve become somewhat of a juggernaut this year. On top of ranking 11th in the country in scoring (82.7 points per game), the Hoosiers do it efficiently, shooting 50.2 percent from the field and 41.9 percent from three-point range. They will barrage you with shots from the perimeter, but Thomas Bryant gives them an inside presence that makes them a truly well-rounded offense.

Bryant is the only player that sees time that is over 6’8”, and when he gets into foul trouble, Indiana has major problems in the paint. They don’t have any rim protectors (no player averages a single block per game) and struggle to score inside the arc. In fact, the Hoosiers rank just 279th in the country by scoring just 46.7 percent of their points from inside the arc. If there’s a place Indiana can be exploited, it’s on the inside.

Outlook:
Indiana has been one of the stories of the year in all of college basketball, but I don’t know how long they’ll last in the tournament. A Sweet 16 or Elite 8 run could be on the table for the Hoosiers, but they could lose in the second round if they face a bigger team that can dominate them in the post.