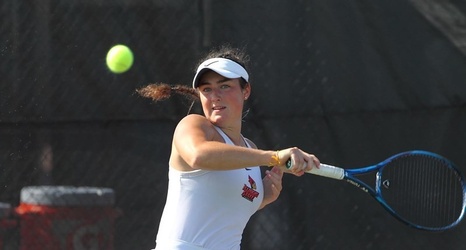 COLUMBUS, Ohio – Illinois State's Tijana Zlatanovic and Alexandra Abyasova have made the trip to Columbus, Ohio, to compete in the ITA Midwest Super Regional this weekend hosted by Ohio State in the Ty Tucker Tennis Center.

The tournament includes a 32-player singles draw and 16-team doubles bracket. Consolation play for singles and doubles is expected to be played as well. Consolation matches will be played outside, weather permitting, at the Auer Tennis Complex. The regional doubles champion and singles finalists will qualify for the ITA National Fall Championships.

Zlatanovic and Abyasova earned their spots in the Super Regional thanks to strong performances in the ITA Midwest Regional in September hosted by Illinois.