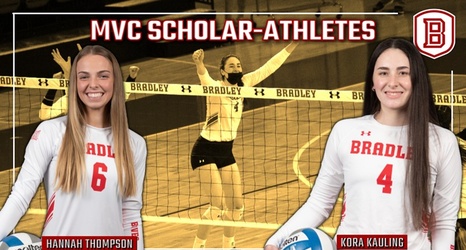 For the first time since 2005, Bradley Volleyball had a pair of First-Team MVC Scholar-Athlete selections with Thompson garnering the honor for a second consecutive year. A health science major with a perfect 4.00 cumulative grade point average, Thompson is the ninth two-time First-Team Valley Scholar-Athlete for the Braves. Kauling earned the award in her first year of eligibility, with the family consumer science major boasting a 3.