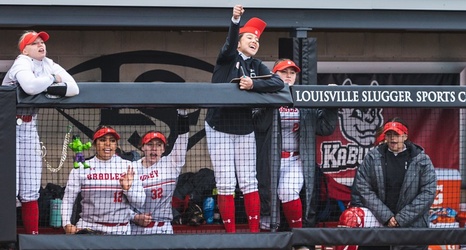 PEORIA, Ill. -- Bradley Softball closes out its longest home stand since 2015, finishing out an eight-game stretch of games at Petersen Hotels Field at the Louisville Slugger Sports Complex with a three-game weekend series against Evansville Saturday and Sunday.

The Braves (21-19 overall, 9-8 MVC) have won four of five games on the home stand after splitting a Tuesday doubleheader against Illinois State and enter the series against Evansville (21-19 overall, 6-11 MVC) tied with Southern Illinois for fourth in the MVC standings. The Purple Aces split a doubleheader at Indiana State Wednesday and come into the weekend series three games behind Bradley.