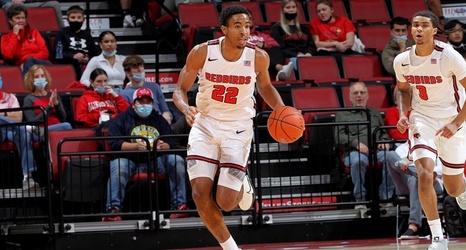 NORMAL, Ill. - The Illinois State men's basketball team will look to snap its current two-game losing skid when the Redbirds host the Bucknell Bison in a 6 p.m. Saturday tip-off in the on-campus portion of the Cancun Challenge.

• Through three games of the season, Illinois State junior guard Antonio Reeves is averaging 26.7 points per game - a total that currently leads the NCAA, with Ochai Agbaji of Kansas and Justin Bean of Utah State just behind with averages of 26.3 points per game.
• Reeves'80 points through the first three games is the third-highest total for ISU since 1962-63, trailing only Doug Collins' 88 and George Terry's 85.