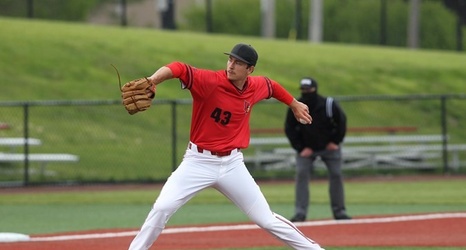 NORMAL, Ill. – The Illinois State baseball team limited Missouri State to just four runs on the day as the Redbirds won 4-3 on a walk-off error in game one and 3-1 in game two on Saturday at Duffy Bass Field.

Third-year freshman Sean Sinisko fired a complete in game two, fanning six batters while limiting MSU to five hits. The Bears (16-22 overall, 6-13 overall) only had a runner reach second base in the 3rd inning for game two.