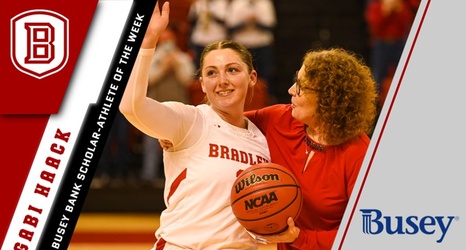 Haack, who broke Bradley's career scoring record in Friday's win against Wisconsin, averaged 16.0 points and 4.5 rebounds while making 6-of-11 three-pointers and 12-of-14 free throw attempts in wins against the Badgers and Upper Iowa. Scoring eight points in a blowout victory against Upper Iowa, Haack broke the Bradley career record for free throws made in the outing against the Peacocks.