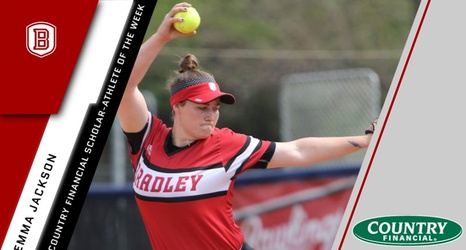 This spring, Jackson posted a 5-5 record with a 3.68 ERA while tossing a team-high six complete games. She led the team with 36 strikeouts with her 51.1 innings pitched ninth in the MVC and her .226 average against seventh-best in the Valley. Jackson earned the season-opening victory against #20/24 Arkansas, striking out six and giving up just one earned run in the 3-2 win. A two-time NFCA All-American Scholar-Athlete, Jackson was named a MVC Good Neighbor Award winner this spring.