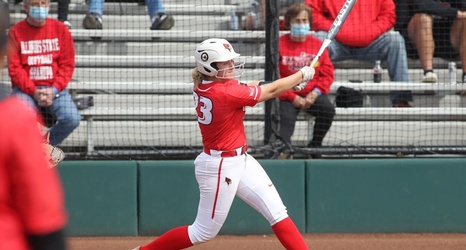 The Redbirds cashed in those opportunities for a 10-2 nonconference victory over Milwaukee at Franklin Field.

ISU starter Sean Sinisko (3-3) surrendered one earned run, walked two and struck out six over the first five innings as the Redbirds improved to 13-21.

Relievers Mason Burns, Erik Kubiatowicz and Derek Salata allowed just one hit and struck out six the rest of the way.

Jack Butler extended his hitting streak to 12 games and drove in three runs for the Redbirds.