Braves Pick Up 8-5 Win Over Portland St. At Gaucho Classic 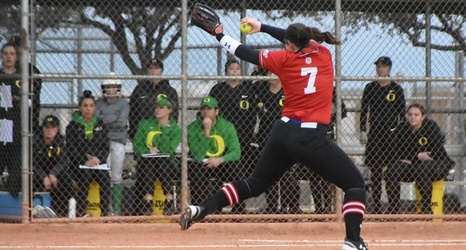 SANTA BARBARA, Calif. – Senior Emma Jackson had her team-best fourth complete game effort of the year and junior Vicki Zaluske drove in a pair in a 2-for-3 outing at the plate to help Bradley Softball to an 8-5 victory over Portland State during the second day of the Gaucho Classic.