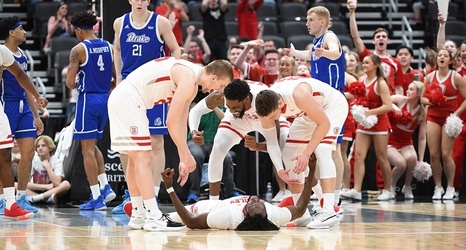 A Missouri Valley Conference title and the league's automatic bid to the NCAA Tournament is on the line on Sunday when Bradley plays Valparaiso in Arch Madness at 1 p.m. on CBS.

ABOUT THE BRAVES
• Bradley owns a 22-11 record during the 2019-20 campaign, winning seven of their last nine games.
• The Braves finished tied for third in the final MVC standings with an 11-7 record.
• The defending MVC Tournament Champions, BU advanced to its second-straight title game with wins against Southern Illinois and Drake.
• Three Braves earned all-conference honors this season – Darrell Brown and Elijah Childs (second team) and Nate Kennell (third team).