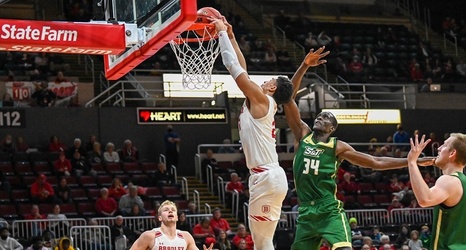 PEORIA, IL – The Bradley men's basketball team earned its first victory of the 2021-22 season with a 92-66 win against Missouri S&T on Tuesday night.

Six Braves scored in double figures in the winning effort with senior Ja'Shon Henry leading the way with his first double-double of the season. The senior collected team-highs with 17 points and 10 rebounds after missing Saturday's game with an illness. Junior Ville Tahvanainen also appeared in his first game of the 2021-22 campaign after missing the first two contests with an injury – scoring 10 points after an early seven-point surge.