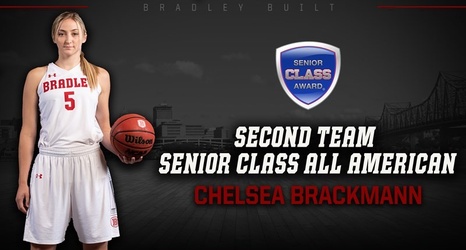 OVERLAND PARK, Kan. -- Senior forward Chelsea Brackmann (New Berlin, Wis./Eisenhower) added another award to her lengthy list of honors with Tuesday's announcement that she has been named a Senior CLASS Award Second-Team All-American.

An acronym for Celebrating Loyalty and Achievement for Staying in School®, the Senior CLASS Award focuses on the total student-athlete and encourages students to use their platform in athletics to make a positive impact as leaders in their communities.