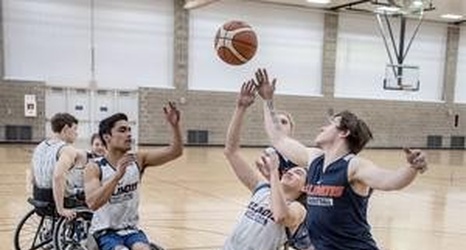 All his life, Gabe DenBraber was told to try wheelchair basketball. But as a seventh-grader, he wanted no part of it.

The spina bifida that afflicted him from birth, after all, hadn't stopped him from playing and succeeding at able-bodied baseball to that point. But after a surgery failed and his legs grew too weak to support his upper body, he begrudgingly decided to give it a try.

"As soon as I got in that gym, everything changed," DenBraber said.