What to know about Big Ten East teams this season 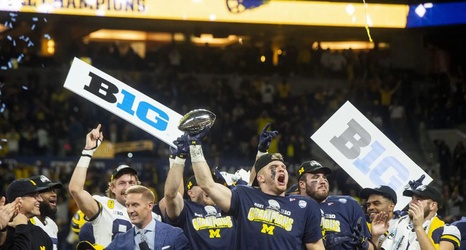 Every season since Maryland and Rutgers joined the Big Ten back in 2014, the winner of the conference has come from the East division.

Last year, Michigan demolished Iowa in the conference title game en route to their first ever berth in the College Football Playoff.

So why don’t we start out this preview of the division with the defending champs hailing from Ann Arbor.

In what was the most successful season under head coach Jim Harbaugh, Michigan won the Big Ten but lost to eventual national champion Georgia in the Orange Bowl—a College Football Playoff semifinal.