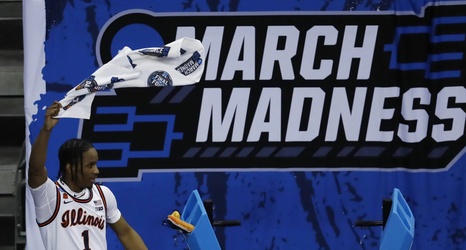 Trent Frazier had the option to come back for an extra year due to the pandemic, but he will enter the NBA Draft instead.

Frazier announced his decision to put his name in the field and hire an agent on Friday night.

“I will be an Illini forever!” Frazier wrote in his message.

The four-year senior originally committed to John Groce, but stuck around when Brad Underwood was named the program’s head coach. And it was a bet that paid off.

While the first two seasons were full of losing, Frazier was the guy on offense, pairing up with Ayo Dosunmu in the backcourt starting as a sophomore.