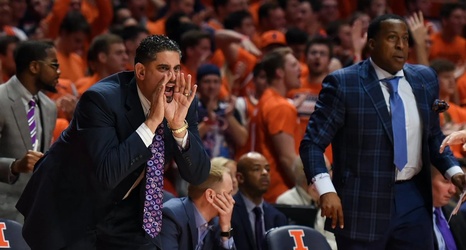 Illinois Basketball assistants Orlando Antigua and Chin Coleman are headed to Lexington according to CatsPause.com.

Antigua previously served under Calipari with Memphis and Kentucky from 2008-14. The Dominican Republic native then went on to spend three seasons at the helm of USF before joining Brad Underwood’s staff at Illinois.

Ron “Chin” Coleman spent the last four seasons with the Illini as an assistant coach after spending two seasons in the same role at UIC.

Both coaches played integral parts on the recruiting trail and are tough losses for the Illini program.

Coleman was a big factor in Illinois landing All-American Ayo Dosunmu among others, and Antigua was huge for Kofi Cockburn and his development.