Nate Hobbs Drafted by Las Vegas Raiders in Fifth Round 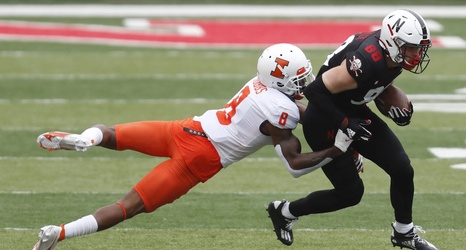 Illinois Fighting Illini defensive back Nate Hobbs was selected on Day 3 of the NFL Draft. Jon Gruden and the Las Vegas Raiders chose Hobbs with the 23rd pick in the fifth round (No. 167 overall).

A three-star recruit in 2017, Illinois was Hobbs’ only Power Five offer. The 6-foot, 195-pound corner made the most of the opportunity, playing in 12 games as a true freshman, recording 48 tackles along with a sack and a forced fumble.