Kendrick Green drafted by the Pittsburgh Steelers in 3rd round 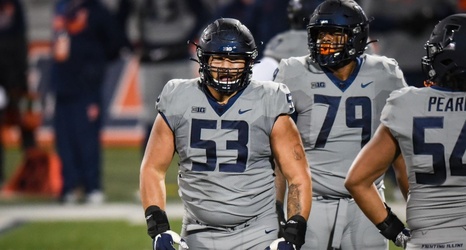 From in-state four-star recruit to playing on Sundays.

Kendrick Green was selected as the 24th pick in the third round by the Pittsburgh Steelers on Friday’s NFL Draft.

Green started all 33 games on the offensive line for the Illini after moving over from defensive tackle in his redshirt season. He was named a USA Today Second Team All-American and a consensus All-Big Ten First Team pick for Illinois a year ago. According to PFF, he was also the third-ranked guard in the country last season.

The Peoria native measured 6-foot-2, 305 pounds at his pro day and has shown the versatility over the course of his career to play anywhere on the interior offensive line, including center.