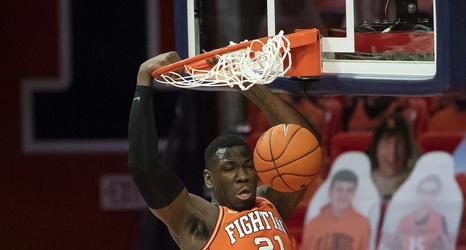 All of us at The Champaign Room — as well as the rest of the Illinois Fighting Illini fans across the country — are excited and relieved that Kofi Cockburn announced his decision to return to Chambana for his junior season. I used the word “decision” on purpose, because like LeBron’s “decision” caused a ripple effect in the NBA in 2010, Kofi’s choice seemingly affected the balance of power in the NCAA in 2021. The Fighting Illini will assuredly be a preseason top-10 team and a prohibitive favorite to win the Big Ten title.