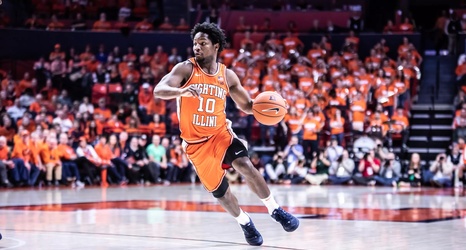 Down by as many as 20 in the second half, the Illini held a one-point lead and forced a stop with under 10 seconds to go, but fell 70-69 in front of a sold-out State Farm Center on Tuesday night.

It looked like it could be another historic upset for the Illini over the Spartans, one like the 28-3 bowl-clincher from November.

Instead, the Illini are in a place where a share of the Big Ten title is likely out of reach.

For more than three halves of basketball during Illinois’ pivotal two-game homestand against Maryland and MSU, the Illini didn’t look the part of a top-20 team contending for a conference title.