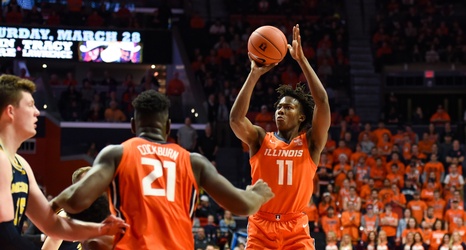 This could be a reality is a matter of months. As of right now, I am not seeing any NBA mock drafts with either Ayo or Cockburn’s names listed in either round one or two. That could end up meaning both players return for another season with the Illini.

Now, if we had everyone possible return next season, that would put us at 14 scholarship players. We are only allotted 13 scholarships, so something would have to give there. I have a couple of players in mind who could end up transferring, but that would be reckless speculation right now.