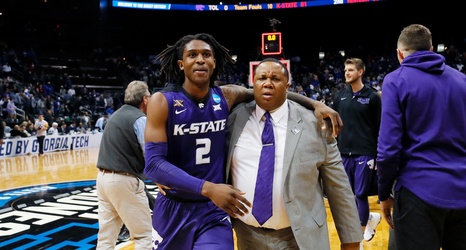 EAST LANSING, MICHIGAN - FEBRUARY 23: Head coach Brad Underwood of the Illinois Fighting Illini reacts in the second half of the game against the Michigan State Spartans at Breslin Center on February 23, 2021 in East Lansing, Michigan. (Photo by Rey Del Rio/Getty Images)

Illinois basketball has officially lost two of their top assistant coaches from this past season.

It was announced on Monday that not only is Orlando Antigua heading to Kentucky, but Chin Coleman is also departing for the Wildcats. Coaching-wise, this is a big blow to the Illini because they were two good recruiters who could bring in the talent.