Illinois baseball: Recap of the Illini series with Nebraska 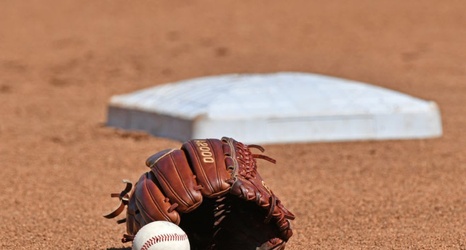 Omaha, NE - JUNE 24: A general view of a baseball and glove in the the field, prior to game one of the College World Series Championship Series between the Michigan Wolverines and Vanderbilt Commodores on June 24, 2019 at TD Ameritrade Park Omaha in Omaha, Nebraska. (Photo by Peter Aiken/Getty Images)

The Illinois baseball team took one of the three games in their series against Nebraska over the weekend, falling to 8-10 on the season.

The Illini offense looked good in this game and, quite frankly, the whole weekend.