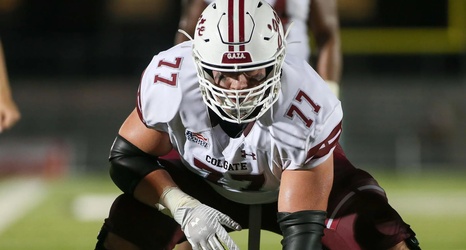 Jack Badovinac has been Colgate’s starting offensive guard since the fourth game of his freshman season and is a two-time All-Patriot League First Team selection. On Thursday afternoon, he announced he was coming home to play for Bret Bielema.

I am extremely excited to announce that I am committing to the University of Illinois! Thank you to everyone who has helped me along the way! #ILL @IlliniFootball pic.twitter.com/40DmDR7WYg

Badovinac has missed just one game because of injury in his career and will compete for one of the two starting guard spots that are up for grabs on the offensive line.