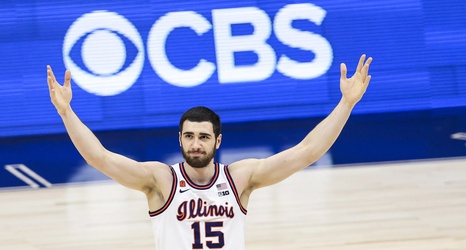 Another Illini is pursuing his pro opportunities.

Giorgi Bezhanisvhili declared for the NBA Draft via Instagram on Thursday afternoon.

The Rustavi, Georgia native has played a vital role in the Illinois rotation for the past three seasons after his breakout freshman year in which he led the team in rebounding and blocks. He set the program’s freshman single-game scoring record with 35 points in a win over Rutgers. Since scoring 20 or more five times as a frosh, he hasn’t scored more than 16 in a game.

Bezhanishvili was a three-star recruit coming out of high school and started every game as a freshman.