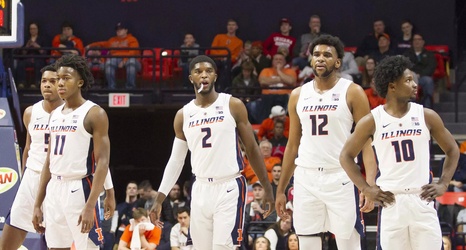 On Tuesday afternoon Ayo Dosunmu officially declared for the 2021 NBA Draft. While he had done that before, it was different this time around. Dosunmu was decked out in a sleek black suit with a white collared shirt and a black tie, and part of his announcement included confirmation that he had hired an agent — thus removing the amateur status next to his name.

Dosunmu committed to Illinois at the Jordan Store in downtown Chicago in October 2017, hammering home the in-state connection he holds with the Illini but also his goal of returning Illinois to where he believed it belongs: national prominence.