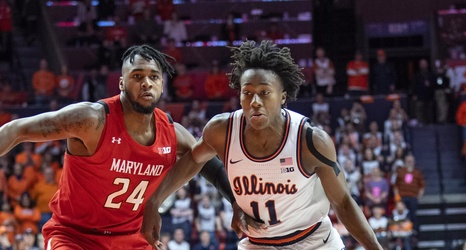 We don’t know the extent of Ayo Dosunmu’s injury and how long it will keep him out, but the sophomore guard is gong to continue to pile up honors.

According to a news release, Dosunmu was named one of the 30 midseason candidates for the 2020 Citizen Naismith Trophy Men’s Player of the Year.

Dosunmu is one of 13 underclassmen and seven Big Ten players on the list.

The winner will be announced at the awards brunch on April 5.

On Wednesday, DIA said a MRI showed ‘no structural damage’ on his knee from his game-ending slip against Michigan State on Tuesday.