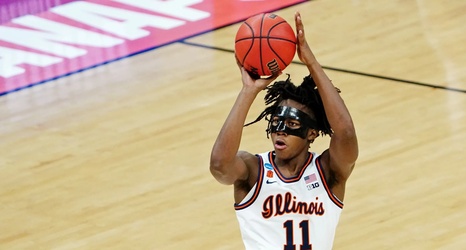 While the Illini didn’t win a national championship and the exit was ultimately disappointing, Ayo Dosunmu did finish his business.

The All-American point guard has declared for the 2021 NBA Draft, announcing his decision Tuesday afternoon live on ESPN’s The Jump. It likely caps an extraordinary three-year career that saw the Illini go from as many as 21 losses to its first No. 1 seed in the NCAA Tournament since 2005.

We have done this dance with Dosunmu before — two times, in fact — but this time it is likely it for the potential first-round pick.