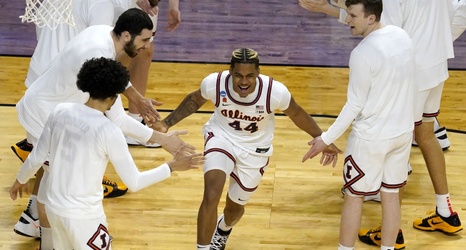 It’s official. Adam Miller is out.

The Illinois native has committed to transfer to LSU. Miller made the news official on his social media pages.

This comes a month after Miller announced he was entering the transfer portal.

Miller averaged 8.3 points and 2.8 rebounds per game during his freshman season at Illinois. The guard had 13 games in double-figures, including a 28-point — freshman record breaking — outing in his first career game.

“Adam was a big part of our success this season, starting every game as a freshman and contributing not just on offense but defensively as well,” said head coach Brad Underwood in a statement after Miller originally announced his decision to transfer.