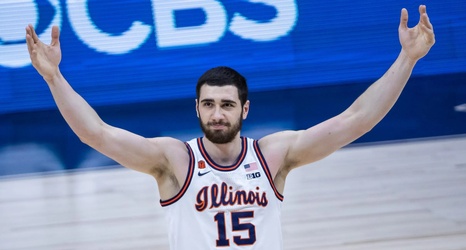 I love Giorgi Bezhanishvili. Without exaggeration, he is probably my favorite athlete of all time. The smile, the energy, the dancing, I love everything about the guy. And it’s not just about his personality — I’ve always liked him as a player too.

When Giorgi first arrived in Champaign, he was not expected to amount to much. He was ranked 373rd as a recruit, and he was certainly not one of Brad Underwood’s top priorities. In fact, Underwood only discovered him when he was scouting Giorgi’s high school teammate.

But even as a freshman, Giorgi quickly made a name for himself.