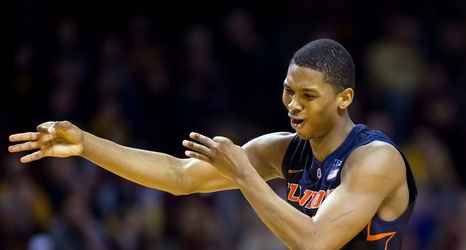 In many ways, Brandon Lieb is a lot like me. He’s from Deerfield, he has a nice smile, and he doesn’t have much muscle definition. But while I’m a modest 5-foot-8, Lieb is a 7-foot, 210-pound center on a D-I basketball team.

Lieb didn’t have much playing time this year, only logging 12 minutes in 5 games. The most action he saw was against North Carolina A&T. Against the Aggies, Lieb recorded 4 points, 3 rebounds, a block, and made both of his free throws. He also played at the end of Illinois’ NCAA Tournament win over Drexel, in which he was arguably fouled during the act of shooting, but was not given free throws.