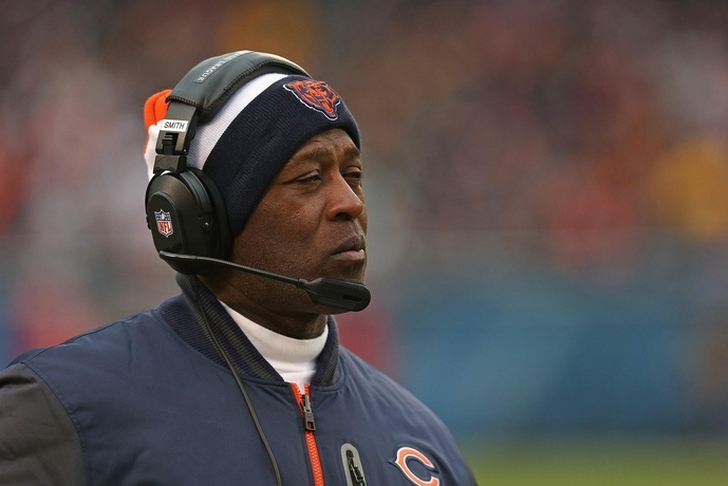 The Illinois Fighting Illini fired head coach Bill Cubit Saturday, and the program might already have it's next head coach. The team has reportedly settled on former NFL head coach Lovie Smith.

Some credible sources are telling me Lovie Smith will be the next #Illini head football coach. @cbschicago

The firing of Cubit came as a complete shock. Cubit was given a two-year extension at the end of last season, in large part because Cubit would provide stability amid coaching and athletic department turmoil. At the time the Illini did not have an athletic director. But on his first official day as athletic director, Josh Whitman made the decision to fire Cubit.

While Whitman didn't say outright that he had a replacement in mind, the only way the firing of Cubit made sense in March was if Whitman had a coach already lined up. As it turns out, that coach is Smith.

Smith hasn't coached in college since he was the defensive backs coach for Ohio State in 1995. He was fired by the Tampa Bay Buccaneers after the 2015 season. Download the Chat Sports Android and iPhone app for more on Smith and the hire.

Smith also coached the Chicago Bears from 2004 to 2012, so this is a bit of a homecoming. Outside of that season with Ohio State, Smith's only Big Ten experience is one year at Wisconsin as linebackers coach.

The limited college coaching experience could be a an issue for Smith. However, he's surely an upgrade over Cubit, who was fired by Western Michigan before ending up taking over at Illinois as an interim bases. The addition of Smith gets the name of Illinois back out in the national media and could help with recruiting and attention in Chicago.