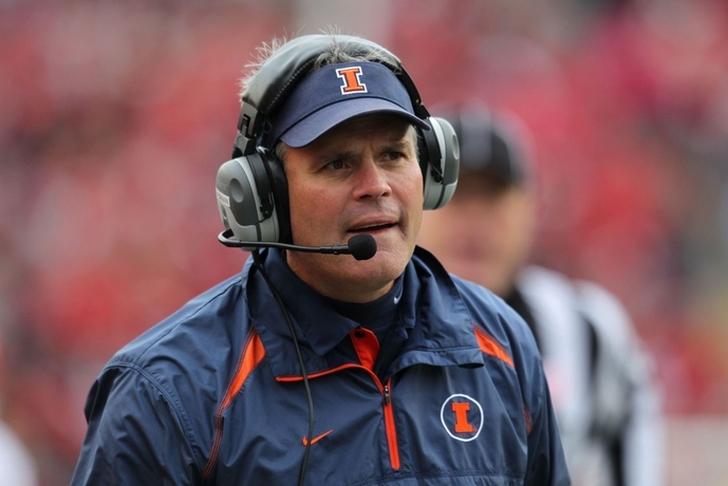 Even though the season starts next week, Illinois athletic director Mike Thomas said the move is in the best interests of the players to act now instead of waiting for a final report to be issued and publicly released, which likely will occur during the season.

“The preliminary information external reviewers shared with me does not reflect our values or our commitment to the welfare of our student-athletes, and I’ve chosen to act accordingly,” Thomas said. “During the review, we have asked people not to rush to judgment, but I now have enough information to make this decision in assessing the status and direction of the football program.

“Both of those findings are unsettling violations of University policy and practice and do not reflect the culture that we wish to create in athletic programs for our young people. I expect my coaches to protect players and foster their success on and off the field.”

ESPN's Joe Schad is reporting that Beckman is being fired over he's attempts to get injured players back on the field sooner and deter injury reporting:

Illinois says it has learned of efforts to deter injury reporting and influence medical decisions.

Illinois says Beckman will not receive the $3.1 million remaining on the last two years of his original five-year contract.

Offensive coordinator Bill Cubit will take over as the interim head coach of Illinois.

Follow our Illinois Fighting Illini team page for all the latest Illinois news and rumors!