Vandals Take On the Cowgirl Classic 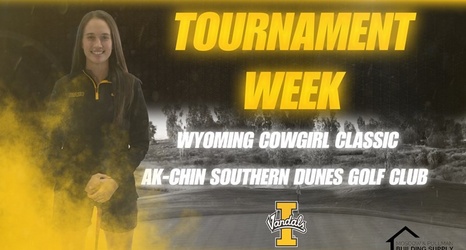 MARICPOA, Ariz. – The University of Idaho women's golf team tees off April with the Wyoming Cowgirl Classic beginning on Monday, April 5-6. This two-day event will be played at the Ak-Chin Southern Dunes Golf Club, with this event being the last competition for the Vandals before the Big Sky Championships in late April.

THE COURSE – Ak-Shin Southern Dunes Golf Club will feature a 6,131-yard course that will be played as a par-72.