Vandals men's tennis falls to Portland on the road 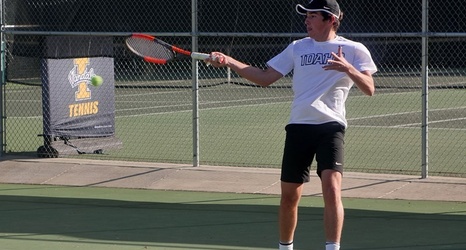 PORTLAND, Oregon—Idaho men's tennis (1-1) fell to Portland (7-0) in the third road contest of the season.

The Pilots opened the match sweeping the Vandals in doubles play to win the doubles point.

In the number one singles match Francisco Bascon forced a tiebreaker in the first set but fell 7-3 and 7-6 in the set. Kostya Nesterenko went on to defeat Bascon, winning the second set 6-4.