Vandals in the Record Books 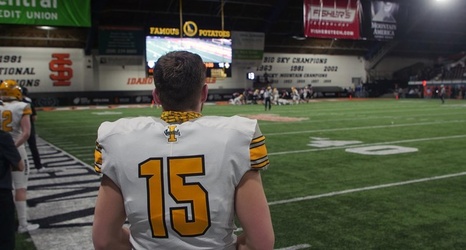 MOSCOW, Idaho – Despite the shortened season a number of Vandals made their marks on program history by breaking into the record book in 2021.

Quarterback Zach Borisch ran into the record book with his performance at Eastern Washington. His 33 carries were the 10th most ever by a Vandal, as were his 205 yards on the ground.

Hayden Hatten caught 12 passes for 155 yards against Southern Utah. His 12 receptions were tied for the 11th most in a single game in program history, while his 155 yards were tied for 38th.