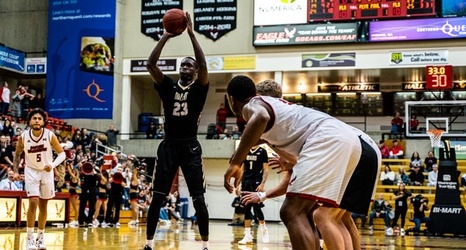 THE GAME
There were three ties and five lead changes early on at the Viking Pavilion. With four minutes played, the Vandals led, 10-9, when Damen Thacker hit a jumper. However, PSU went on a 7-0 run to take the lead which would never be relinquished. The Vikings led by as many as 21 in the first period, and took a 45-26 lead into the break.