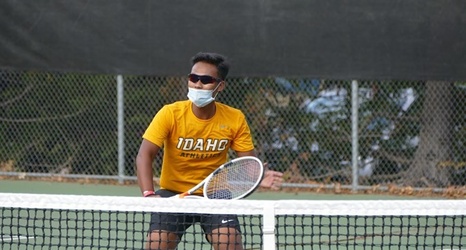 SEATTLE, Wash.— The University of Idaho men's tennis earned their first win of the season, 5-2, over Seattle University Saturday evening.

Seattle won two out of three doubles matches to take the doubles point. Althaf Dhaifullah and Bruno Casino earned the only doubles win for the Vandals, 7-5, in the No. 2 spot.

Alejandro Salvador Civera earned his first win as a Vandal in the number six spot, 6-2, 6-1.