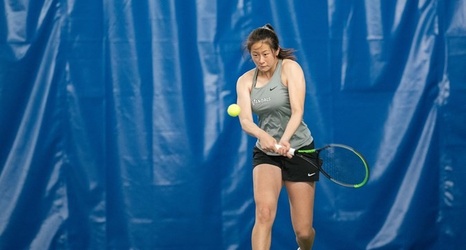 Missoula, Mont. – The University of Idaho women's tennis team defeated the Montana Griz in thrilling fashion, 4-3. After trailing 3-0 the Vandals won the next four consecutive singles matches to earn their first Big Sky win of the season.

To start the match the Vandals fell behind 1-0 after dropping all three doubles matches.

In singles play the Griz took a 3-0 advantage in the match earning consecutive wins in No. 4 and No. 1 singles, respectively.