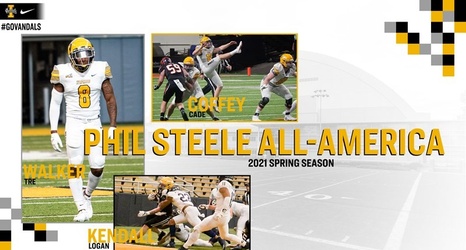 MOSCOW, Idaho – Three Vandals were recognized on Thursday as members of the Phil Steele Spring FCS All-America Teams, in collaboration with draftscout.com.

Walker had an incredible season. He led the Big Sky in tackles per game at 13.5 on his way to being named a unanimous selection for All-Big Sky First Team. He was named a finalist for the Buck Buchanan Award, given annually to the top defensive player in all of FCS, and ultimately finished 10th in the voting.