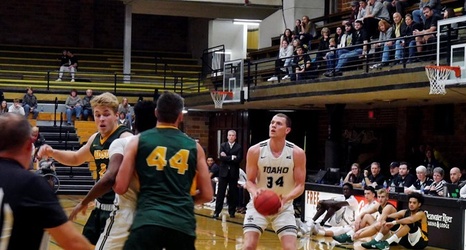 THE GAME
The Vandals opened the game on a 9-0 run. The Bison fought back and tied it up, 13-13, and it was back-and-forth from there. led the home side with 12 points in the first 20 minutes. NDSU led, 29-27, as the two teams entered the halftime.

The teams fought for control in the second half, with the Bison going ahead by seven before the Vandals fought back within two with less than 15 minutes to play.